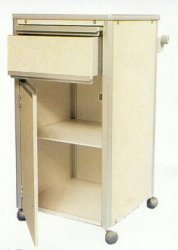 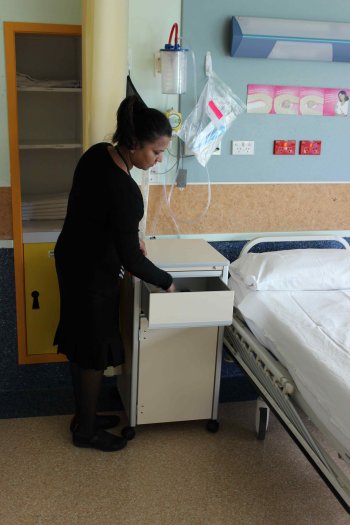 Sagni Prasad, Clinical Nurse Manager of the Children’s Ward, checking one of the new bedside cabinets

Children staying in the Hutt Hospital Children’s Ward have had to manage for many years with old and broken bedside lockers, and in some cases put clothes and personal items on the floor where no lockers were available.

However the children now have new lockers thanks to the generosity of Raswinder and Tarmindar Singh of Such Energy. The couple asked the Hutt Hospital Foundation Trust to identify initiatives to improve the Children’s Ward, after their own 18- month old son had been admitted to the hospital for two days.

They said “We walked up and down the corridor in the children’s ward and it gave us a real appreciation for the extra stuff … the pictures on the walls and the toys.” Though he was admitted with a strange rash and put into isolation he was later released after it was found not to be serious.

The bedside lockers are made from natural anodised aluminium with melamine panels and a laminate top, towel rail, pull-out slide and shelf.